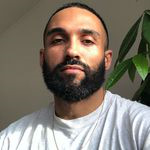 Amongst his projects is one called People of the Mud which he made collaboratively amongst the communities of County Wexford in Ireland, where ancient tradition and modern life rub shoulders daily. With a background in professional dance, Luis' work pays tribute to the metaphorical weight of centuries of physical labour behind cultivating the landscape and maintaining cultural heritage. Images of scarred limbs and hands, weathered faces and choreographed bodies appear as a cartography of this labour, reflecting how culture both shapes and is shaped by individuals. Elsewhere, we see the exaggerated glamour of modern female Irish dancers taken out of the glitzy ballrooms and into the fields, creating a rupture across time and space.

While in Wexford, Rodriguez was struck by the intense physicality of the sport of hurling. Considered to be the fastest sport on grass, while watching slow-motion footage of hurling Rodriguez saw that within seconds the players would go through pushing, shoving, grabbing, hugging, knocking each other down and then lifting one another up. Rodriguez worked with players to reform these gestures: creating sculptures out of bodies, directing and literally layering players upon one another.

At the outset of his project, Rodriguez wanted to create a large family photograph, an idea that was quickly surpassed by other strands of enquiry. However, with a step backwards we can see People of the Mud as just that – a collective community portrait of all the different elements that construct modern, rural Irish identities. Just like any family portrait, it is at times dysfunctional and contradictory; it gathers all the ruptures and continuities between the past and present in modern Ireland, while being held in a landscape and moment in time. This moment is both still – posed and paused – and in perpetual motion, looking towards the future.