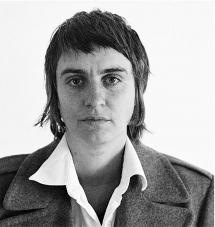 Recent solo exhibitions include a 10 year survey show at Los Angles Municipal Art Gallery, Metropolitan Arts Centre, Belfast UK (Tate Network), ltd los angeles and Louis B James (NYC). Mariah was named a Guggenheim fellow in Film & Video in 2019. She holds an MFA from Calarts in Film/Video and a BA from Brown University in American Civilization. Garnett’s work has screened and exhibited internationally at venues including The New Museum, SFMOMA, REDCAT, White Columns, Ann Arbor Film Festival, Venice Bienniale (Swiss Off-site Pavillion) and the 2014 Made in LA Hammer Biennial (where the Los Angeles Times called her work "Best in Show"). Her work has been featured in in Bomb Magazine, Artforum, and The New York Times. She lives and works in Los Angeles.

In 2016 she received the Los Angeles Artadia Award, and had her first institutional solo show at the MAC in Belfast, Northern Ireland. In 2014, she was in residence at The Headlands Center for the Arts in Marin. She was awarded the CCF Emerging artist fellowship and the Rema Hort Mann emerging artist grant in 2014 and 2015. Mariah received an MFA from CalArts in Film/Video and a BA from Brown University in American Civilization.