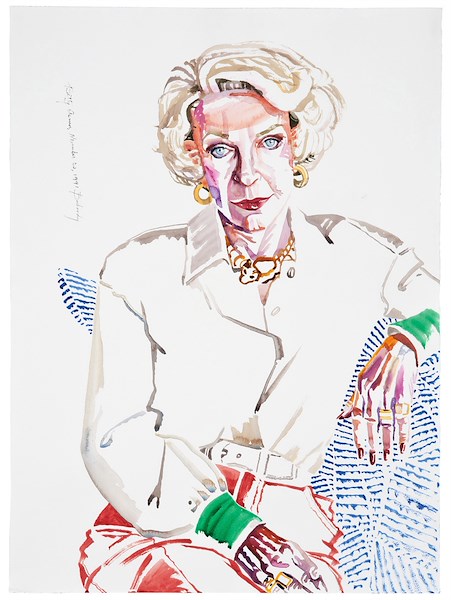 She moved to LA with her former husband Dr. Leonard Asher during World War II. She had two children: Michael Asher, a conceptual artist, and the late Rayna Asher Allen.

Betty joined LACMA in 1966 as a Curatorial Assistant in the department of 20th-Century Art and later helped establish the Modern and Contemporary Art Council, a patron group focused on art.

In 1979, she left the museum to join art dealer Patricia Faure in launching the Asher/Faure Gallery in West Hollywood which opened with an exhibition of paintings by Morris Louis and later artists such as Joel Shapiro, Kenneth Noland, Sam Francis, Gwynn Murrill and Michael McMillen.

“Betty Asher was a passionate collector with an unerring eye, always open to new art...Her devotion to emerging artists was legendary and her collection of cups by artists was internationally renowned. Betty is the only person in the art world about whom I’ve never heard a negative comment.” Stephanie Barron, head of curatorial affairs at LACMA