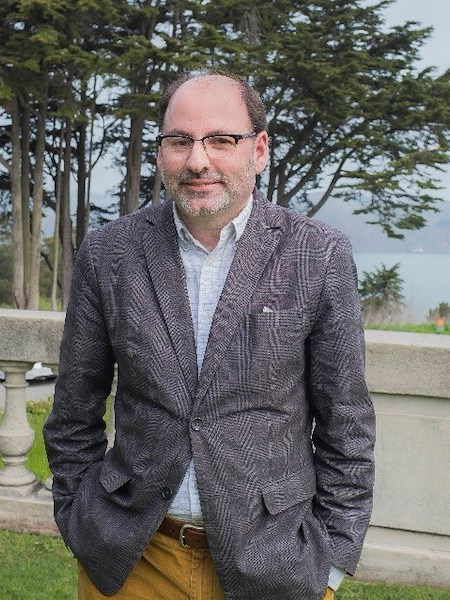 Jim Ganz is the Senior Curator of Photographs at the J. Paul Getty Museum since 2018, after ten years as curator of the Achenbach Foundation for Graphic Arts at the Fine Arts Museums of San Francisco.

Jim received his Ph.D. in art history from Yale University, his M.A. from Williams College, and his B.A. from Trinity College. Jim specializes in 19th- and 20th-century European and American photography, as well as California-based photographers such as Carleton Watkins, Eadweard Muybridge, Willard Worden, Peter Stackpole, and Arnold Genthe. He also has an interest in the relationship between photography, painting, and the graphic arts.

Prior to his time at the Fine Arts Museum of San Francisco, Jim was a curator for over ten years at the Sterling & Francine Clark Art Institute in Massachusetts, where he established the collection of photographs. While at the Clark, he taught the history of photography and of prints in the Williams College Graduate Program in the History of Art.

Jim has organized dozens of exhibitions in his career, including Jewel City: Art from San Francisco’s Panama-Pacific International Exposition (2015), Portals of the Past: The Photographs of Willard Worden (2015), Arthur Tress: San Francisco 1964 (2012), Édouard Baldus: Landscape and Leisure in Early French Photography (2003), and Arctic Diary: Paintings and Photographs by William Bradford (2002), among others. Jim has contributed to and authored numerous articles and exhibition catalogues, lectured widely, and held leadership positions at the Print Council of America.