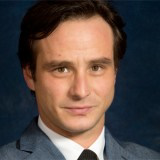 With a literary background, knowledge of Surrealism and interest in contemporary art, Thomas Bompard is West Coast Director for Sotheby's. He has been recognised by Apollo magazine in the 40 under 40 section as one of the ten most influential experts of his generation in the art world business in Europe.

Thomas began his career in March 2001 in the Books and Manuscripts department at Sotheby’s France. In June 2008, he joined the Impressionist & Modern Art Department of Sotheby’s France which he ran from 2011 to 2013. After a brief stint as an independent dealer in 2014, he rejoined the Impressionist and Modern Art Department at Sotheby's in London as Senior International Specialist in September 2015.