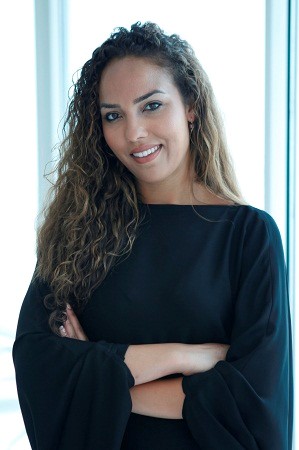 Princess Alia Al-Senussi is the daughter of Prince Idris bin Abdullah al-Senussi, a member of the Libyan Royal family and a leader of the Sanussiyyah movement, from his first marriage to an American of Scandinavian-German origin. Her father was only 12 years old, attending school in England when the Libyan monarchy was overthrown and Muammar Gaddafi took power in the coup in 1969.

Alia is currently a member of VIP Relations at Art Basel where she focuses on the Middle East and North Africa.

Alia is very active in the art and art nonprofit worlds. Alia served for 5 years as Chair of the Tate Young Patrons (and representative to the Tate Patrons board) as well as a founding member of the Tate’s Acquisitions Committee for the Middle East and North Africa, and is a founder of the Board of Patrons of Art Dubai (serving an integral role in the founding of the fair). She also serves on the Board of 1:54 The African Art Fair, and the Middle East Circle of the Guggenheim. Alia recently served on the board of trustees of the Institute of Contemporary Arts London, and has hosted talks on Middle Eastern artists at Art Basel. She is co-chair of the Ballroom Marfa International Surf Club patrons group. Alia is also a member of the Tate Modern Advisory Council and the Strategic Advisory Panel of Delfina Foundation.