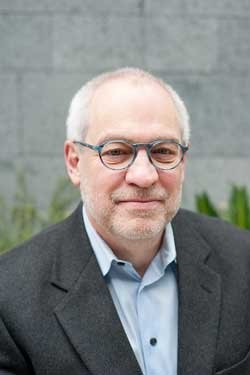 Gary has organized numerous exhibitions throughout his career. He was co-curator of Richard Serra Drawing: A Retrospective, which opened at SFMOMA in 2011 after its initial presentation at the Metropolitan Museum of Art, New York.

At the Hammer Museum, he organized Oranges and Sardines: Conversations on Abstract Painting (2008) and Eden’s Edge: Fifteen LA Artists (2007). At the Museum of Modern Art, he organized Brice Marden: A Retrospective of Paintings and Drawings (2006) and Roth Time: A Dieter Roth Retrospective (2004, co-organized with Schaulager, Basel, Switzerland). At SFMOMA, he organized Sol LeWitt: A Retrospective (2000); Inside Out: New Chinese Art (1999, co-organized with the Asia Society, New York); Present Tense: Nine Artists in the Nineties (1997); and Willem de Kooning: The Late Paintings, The 1980s (1995), among many other exhibitions and projects.

He has written and lectured extensively about contemporary art in the United States and Europe and acts as an advisor to several major art foundations and organizations. Currently he is a member of the Board of Trustees of the Pulitzer Foundation for the Arts, Saint Louis.