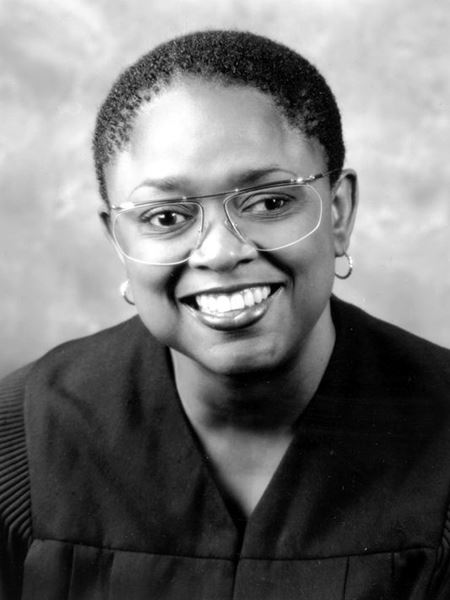 The Honorable Jacqueline F. Allen was recently appointed by the Pennsylvania Supreme Court as Administrative Judge of the Philadelphia County Court of Common Pleas – Trial Division, which includes the system’s busiest and most prestigious criminal and civil courtrooms. The Administrative Judge has the responsibility for all administrative matters, including the assignment of 72 judges; case management within the criminal and civil section, personnel administration, statistical reporting, and analysis; technology matters; the jury commission; adult probation and parole; and fiscal oversight.

Judge Allen has served as a Philadelphia County Common Pleas Court Judge for over 20 years, having been elected to the bench in 1993 and retained for additional ten-year terms in 2003 and 2013. Prior to her appointment as Administrative Judge, she was a team leader in the Trial Division supervising all major civil cases filed up to and including 2012. As team leader she maintained judicial control over major jury cases with verdict potential in excess of $50,000. She is active in various judicial education programs and is co-chair of the Pennsylvania Conference of State Trial Judges (PaCSTJ) Education Committee, which is responsible for delivery of continuing judicial education through the Commonwealth. In addition, she consistently serves as a presenter and discussion group leader for the biennial New Judges Training Conference sponsored by the Administrative Office of Pennsylvania Courts. She has received certification in Civil Mediation and Dispute Resolution from the National Judicial College.

Prior to becoming a judge, she was a trial attorney for 13 years, representing Southeastern Pennsylvania Transportation Authority (SEPTA), Consolidated Rail Corporation (Conrail), and Unisys Corporation in personal injury and product performance litigation.

Judge Allen is actively engaged in several civic and charitable organizations. She is a participant in Advancing Civics Education (ACE) a program launched by the Philadelphia Bar Association in partnership with public schools in Philadelphia to provide supplemental civics education in areas such as the fundamental principles of citizenship, democracy, and dispute resolution.

In addition, Judge Allen currently serves on the board of the Presbyterian Community Ministries of the Delaware Valley. In this capacity she assists in setting program policies for the Rearing Successful Sons program, which is designed to provide information, insight, and training to African American boys between the ages of 9 and 17 living in the Point Breeze section of Philadelphia. She also is chair of the Scholarship Committee of the Foundation of the National Bar Association Women Lawyers Division, Philadelphia Chapter. Judge Allen finds time to serve as chair of the Board of Judges Committee for the Board of City Trusts.

Secretary and Member, Board of Trustees, The Barnes Foundation