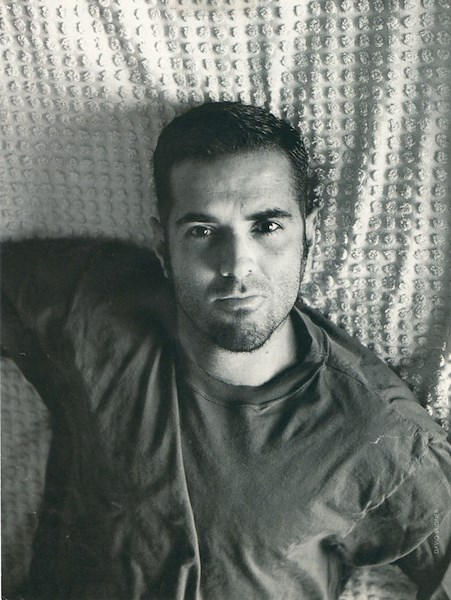 Throughout his career, Felix Gonzalez-Torres’s involvement in social and political causes fueled his interest in the overlap of private and public life. From 1987 to 1991, he was part of Group Material, a New York-based art collective whose members worked collaboratively to initiate community education and cultural activism. His aesthetic project was, according to some scholars, related to Bertolt Brecht’s theory of epic theater, in which creative expression transforms the spectator from an inert receiver to an active, reflective observer and motivates social action. Employing simple, everyday materials (stacks of paper, puzzles, candy, strings of lights, beads) and a reduced aesthetic vocabulary reminiscent of both Minimalism and Conceptual art to address themes such as love and loss, sickness and rejuvenation, gender and sexuality, Felix asked viewers to participate in establishing meaning in his works.

During his lifetime, Felix was the subject of several important museum exhibitions, including Felix Gonzalez-Torres: Traveling (1994) at the Museum of Contemporary Art, Los Angeles, the Hirshhorn Museum and Sculpture Garden, Washington D.C. and The Renaissance Society at the University of Chicago, and a retrospective organized by the Solomon R. Guggenheim Museum, New York (1995), which traveled to the Centro Galego de Arte Contemporánea, Santiago de Compostela, and ARC-Musée d’Art Moderne de la Ville de Paris. In 2010-11 Wiels Contemporary Art Center, Brussels; Fondation Beyeler, Basel, and Museum fur Moderne Kunst, Frankfurt hosted the six-part retrospective Felix Gonzalez-Torres. Specific Objects without Specific Form. His works have been included in hundreds of curated group shows worldwide. Gonzalez-Torres represented the United States at the 52nd Venice Biennale in 2007.

One of the most significant artists to emerge in the late 1980s and early 1990s, Felix Gonzalez-Torres’s reduced formal vocabulary, conceptual rigor, and evocative use of everyday materials resonates with meaning that is at once specific and mutable, rigorous and generous, poetic and political. https://davidzwirnerbooks.com/product/felix-gonzalez-torres-dzb-s18