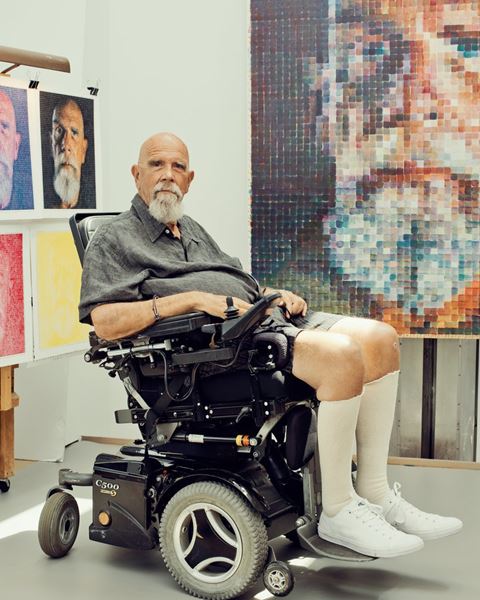 Charles Thomas "Chuck" Close is an American painter, artist and photographer who achieved fame as a photorealist, through his massive-scale portraits. Close often paints abstract portraits of himself and others, which hang in collections internationally. Although a catastrophic spinal artery collapse in 1988 left him severely paralyzed, he has continued to paint and produce work that remains sought after by museums and collectors. Close also creates photo portraits using a very large format camera. en.wikipedia.org/wiki/Chuck_Close

In 2017, several women alleged that Close sexually harassed them when they came to his studio to pose for him.